2021 Team Dart Roars Back With Strong Summer Showing In Vegas! 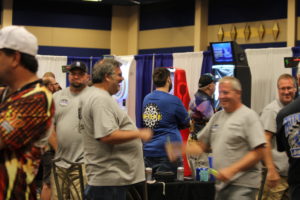 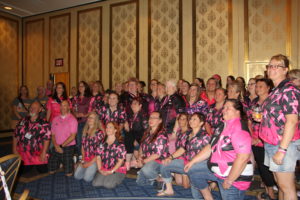 August 17, 2021 If there was any doubt on how the darting community would respond in the wake of its 15-month hibernation, it was quick dispelled at this year’s Team Dart.    From start to finish, it was “business as usual,” punctuated by intense competition and fun for the nearly 2,300 players on hand at Westgate Las Vegas.

During his remarks to members at the organization’s Annual Meeting during the event, NDA President Preston Obrigewitsch noted:

“The most common comment I’ve been hearing from players this week is how happy they are to be back here playing darts.   Amen to that.   We are confident that when we are back together here next year, Team Dart will be back at full strength, and then some.”

Fact is, if international players and delegations from places like Canada, Germany and Spain were not faced with travel bans/restrictions and lengthy quarantines and could have participated in typical fashion, this year’s Team Dart player numbers would have rivalled the last tournament in April 2019.

Let’s get right to the highlights:

Throughout the June 10-16 tournament, the mood was upbeat and there was little evidence of the uncertainty and challenges everyone endured during the COVID crisis.     Perhaps most impressive was the speed of the near-complete return to pre-pandemic tournament metrics, which bodes well for next year’s April 7-13, 2022 NDA Team Dart, which is less than 10 months hence!